スマートフォン専用ページを表示
Whereabouts burger
A burger that appeared in 2009, developed mainly by the Aso Chamber of Commerce and Industry. There are four types of burgers that use ingredients from Whereabouts, starting with a hamburger made from American catfish patties.

The city of Fukukata faces Kasumigaura, and it is a burger named "Name Pakkun" that uses American catfish cultivated in Kasumigaura. The onion and lotus root are used, using the “fat meat” of the pectoral fin.

Other burgers are pork (pork from Ibaraki prefecture and minced meat made from onions), carp (carp from Kasumigaura), and duck (teriyaki duck meat grown by Akamo farming). 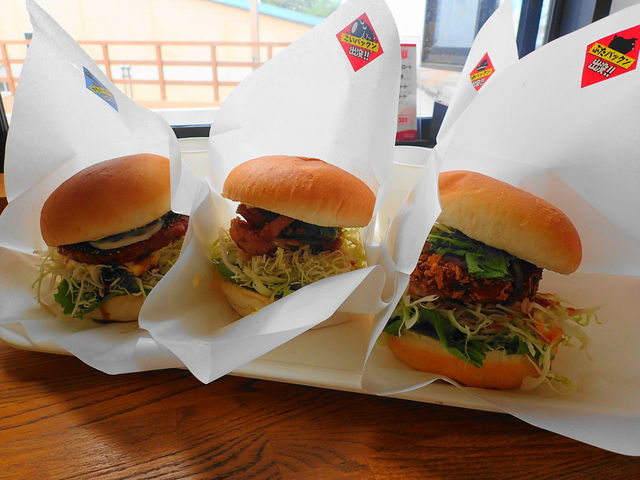