スマートフォン専用ページを表示
Futomaki Festival Sushi
It is a type of thick sushi roll that is widely used in the Boso area, and is a local dish that is said to have existed around 170 years ago mainly in the eastern part of the prefecture, such as the Kamogawa city and the Sanmu area.

It is possible to make the cross section of the slice into a beautiful pattern and make it about 10 cm in diameter. In addition to the one wrapped with seaweed on the outside, the type wrapped with egg omelet is also a standard item, and the tendency differs depending on the region.

It is said that the Kishu specialty "Meharizushi", which was owned by a Kishu fisherman who came to Boso for sardines, changed its shape and settled in Boso. (There are various opinions)

It is a local food that is used at ceremonial occasions and annual events. In recent years, you can learn about the beauty of its appearance and continue the traditional culture. 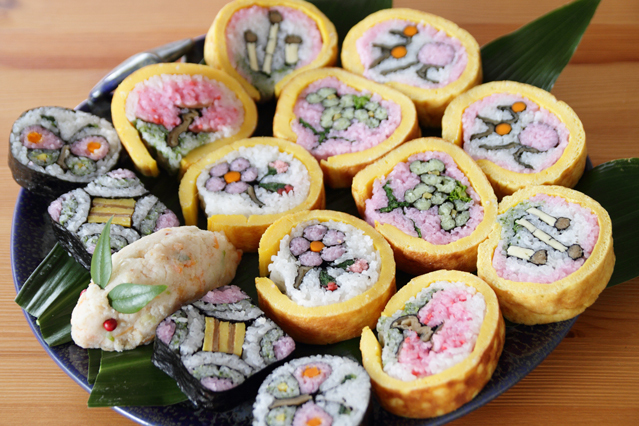