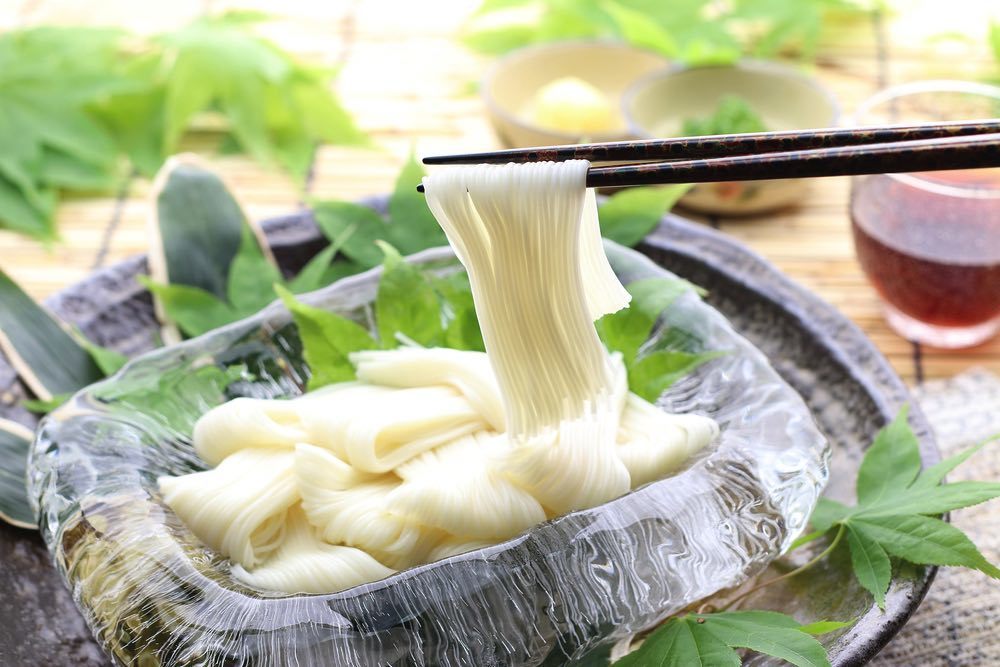 Miwa Somen Miwa somen, which is said to be one of the three major Japanese noodles. Somen has a history of being manufactured as a part-time job during the off-season of agriculture. The Miwa region is also said to be the birthplace of Somen, and it is said that the method introduced from Tang (China) in the Nara period is used. The thinner the product, the more luxurious it is, and there are products that can be distinguished by the color of the bundling band, such as the golden band "Suigaki" and the black band "honor." 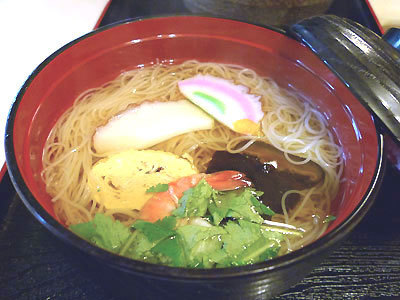 Nyumen A dish that eats somen noodles with warm dashi. It is eaten nationwide, but it is said to be a local dish that originated in Nara Prefecture. Since it was cooked warmly, it was written as "nimen," and its pronunciation was accented, and it became known as "yumen." The ingredients vary depending on the shop, but tend to be served with edible wild plants. Miwa Somen noodles produced in the prefecture that are suitable for noodles may be used. 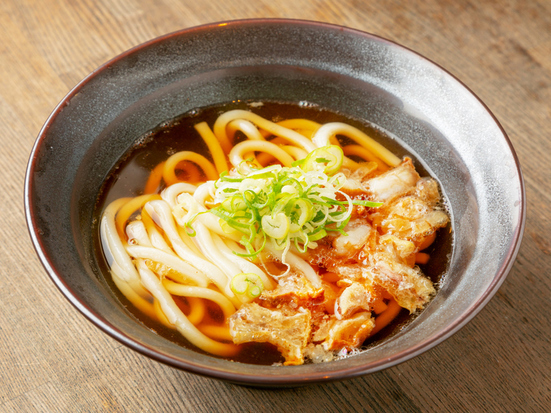 Kasudon "Kasu udon", which uses the local food "oil cake" that has been eaten in the Minamikawachi region of Osaka for a long time, is a specialty that is widely developed in Nara Prefecture. When the beef intestines are thoroughly fried with oil for a long time, the excess oil is removed and the meat with the umami is condensed. The outside is crispy and fragrant, and the inside is characterized by a smooth texture.